Two drug dealers got the fright of their lives when they opened the door of their Birmingham flat to be greeted at gunpoint by our armed officers.

We’d contained the block of flats in Monmouth Road, Bartley Green, during a warrant after receiving intelligence Wesley Carter and Keelan Simpson had access to firearms.

The officers made their way up the maisonette block and were prepared to force entry when, by chance, the pair opened the door to head outside.

Carter aged 39 and 24-year-old Simpson were detained and a search of the flat uncovered four guns, around half a kilo of cocaine and a 50-plant cannabis farm.

Three revolvers and a black handgun were found hidden in a rucksack alongside nearly 80 rounds of ammunition. 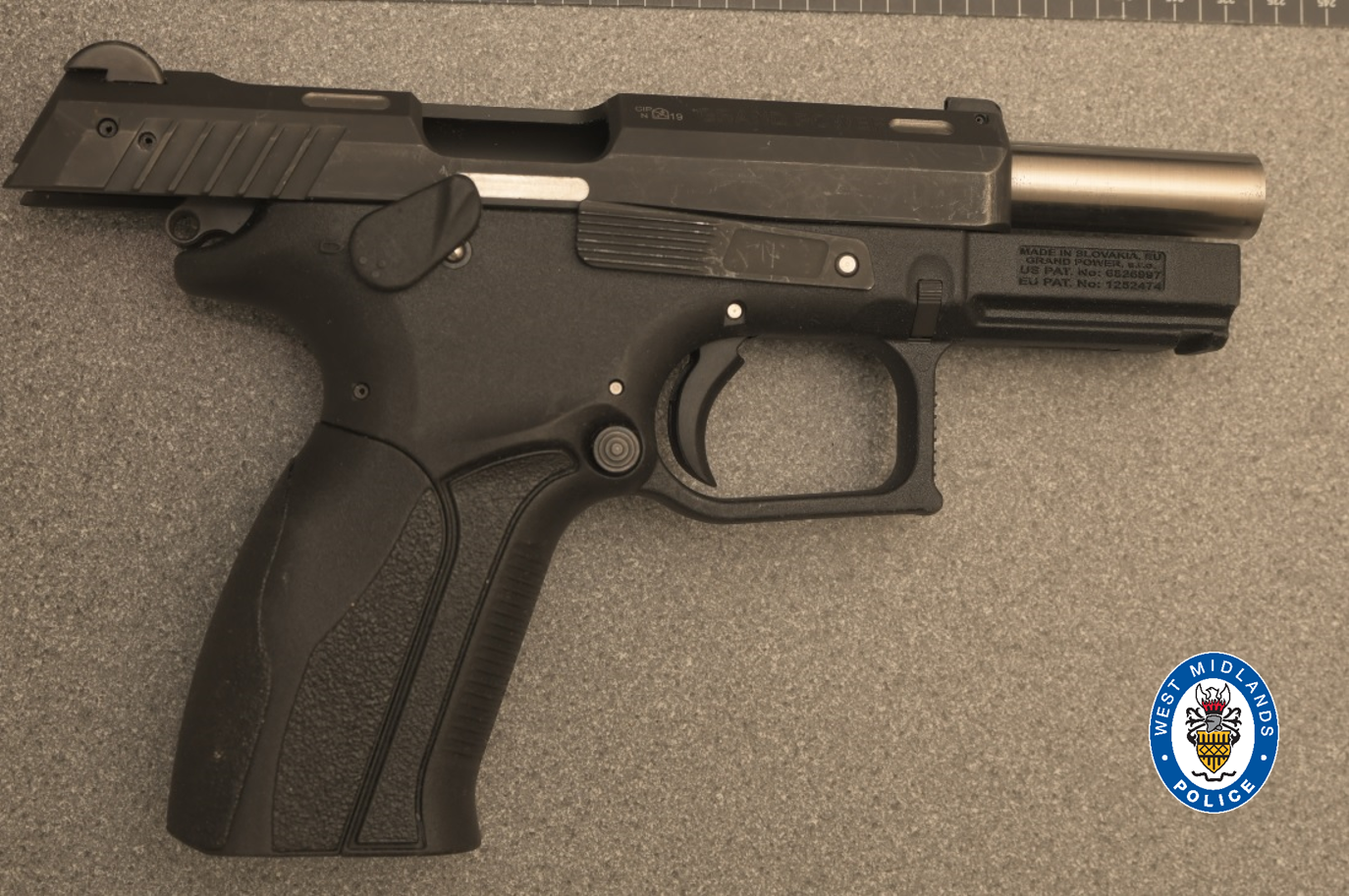 A gun recovered as part of the investigation.

Lead shot, casings, ammunition making equipment and an instruction leaflet on how to make your own bullets were also recovered. However, there was no evidence the pair had actually manufactured their own rounds.

The cocaine − valued at around £19,000 − was found in a black leather bag and a branded red carrier bag. 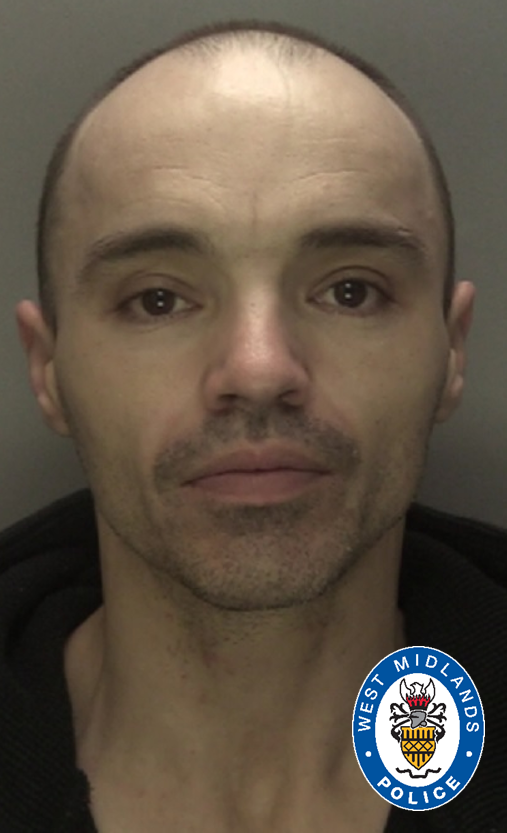 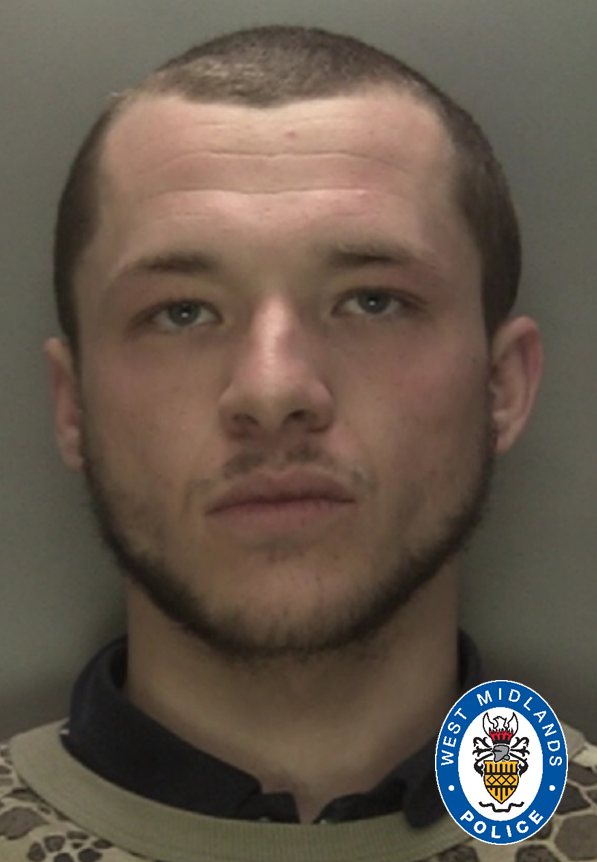 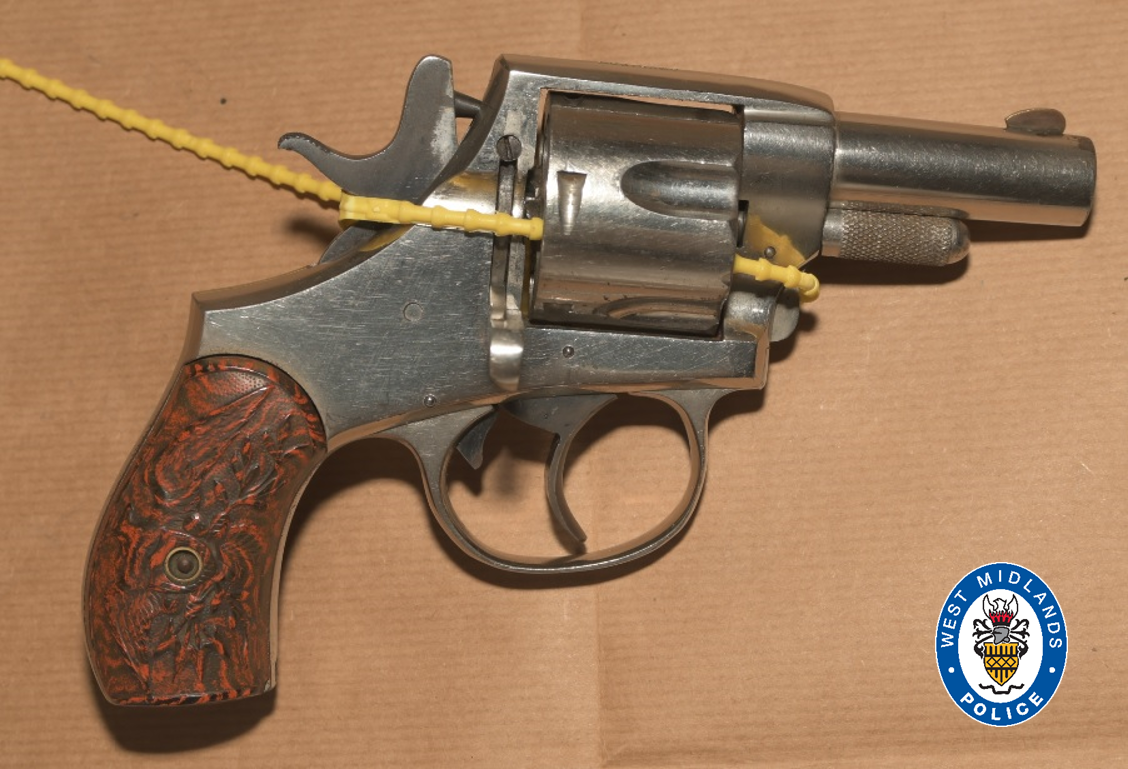 A revolver recovered as part of the investigation

Detectives trawled CCTV in the area and found footage showing Carter, from Barn Piece in Quinton, carrying the bags in public.

Detective Sergeant Dan Tang from the West Midlands Regional Organised Crime Unit (ROCU) said: “They certainly got a shock when they opened the flat door. Maybe they’d heard footsteps and had expected to find a customer…they couldn’t have been more wrong.

“The revolvers were examined by ballistics experts and identified as being manufactured in the late 1800s. However, they were all fully functioning, lethal weapons.

“The 9mm handgun was capable of firing in both semi-automatic and fully automatic modes and had three unfired bulleted cartridges in the magazine.

“Some deadly weapons and we’ve potentially saved lives by taking them off the streets.”

All of the guns were test-fired by ballistics experts and the examined; none of them were linked to any recorded shootings in the West Midlands.