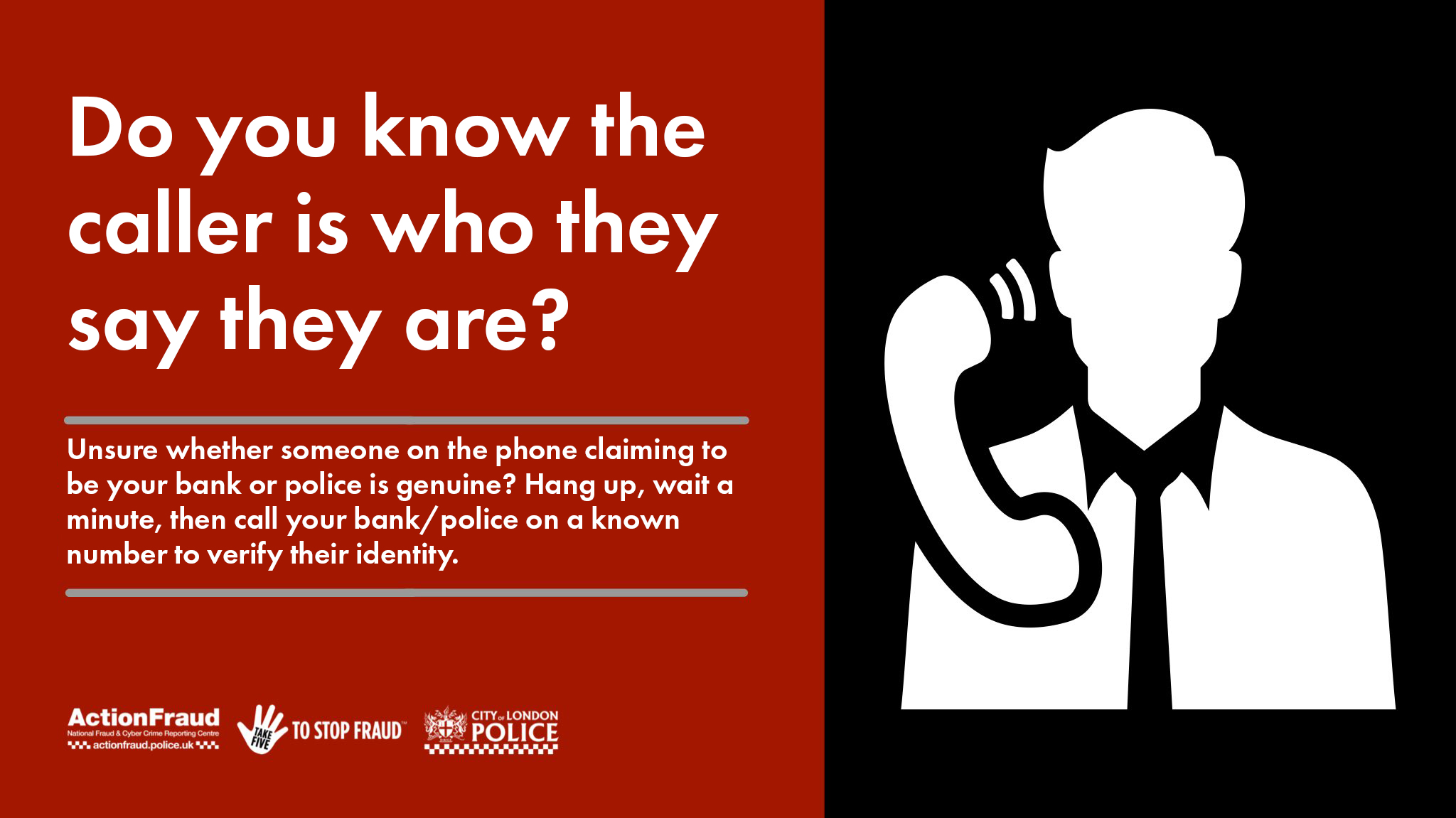 The son of a victim of courier fraud is urging carers, family and friends of vulnerable people to be on their guard to help prevent their loved ones being exploited by fraudsters.

The warning comes as a new list of tactics used by courier fraudsters has been unveiled by the City of London Police.

Typically, courier fraudsters target their victims by claiming to be a police officer or a member of staff from a victim’s bank and they often pressure people into making quick financial decisions to assist with fictious investigations. In 2021 alone, 3,625 people were victims of courier fraud, with loses totalling more than £15.2 million.

An analysis of data from the National Fraud Intelligence Bureau (NFIB) has highlighted four modus operandi (MOs) which are now more commonly being used by fraudsters.

Fraudsters are callous individuals and courier fraud is no exception. They prey on some of the most vulnerable and most trustworthy members of society. Victims of courier fraud typically tend to be between the ages of 70 to 89 years old, with women more likely to be targeted than men.

“We would urge everyone who is involved in a caring or supportive role to people of these ages to start conversations about the tactics used and warning signs to look out for on courier fraud. Just having that conversation could be the difference on whether someone becomes a victim of this trust-eroding crime. 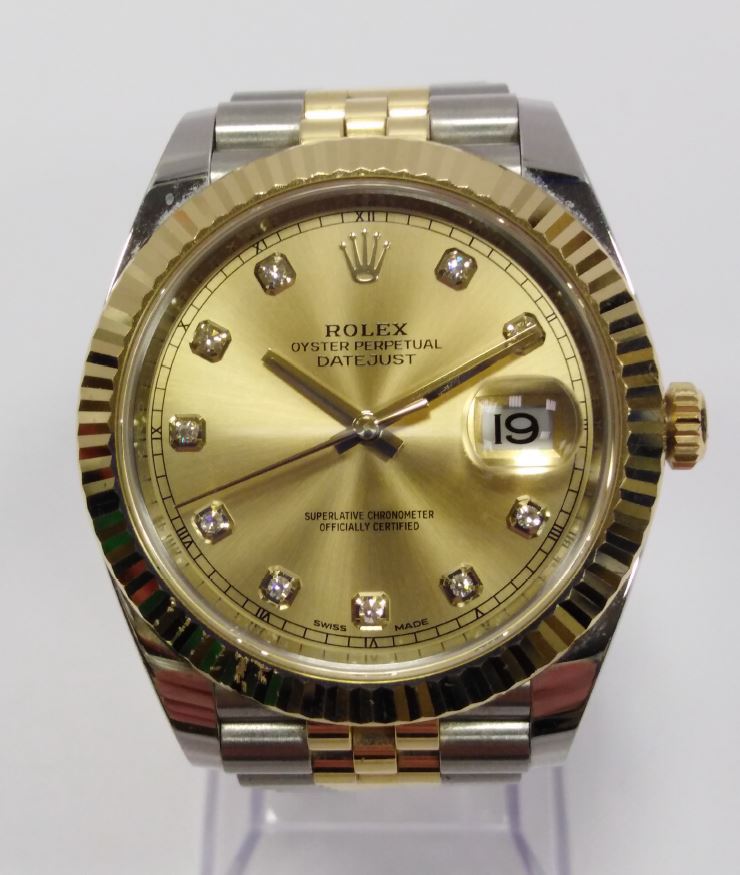 Anyone who receives an unexpected call from someone claiming to be one of these officials should verify they are speaking to someone genuine: hang up, wait five minutes and call back on a number they know is genuine.

In August 2021, Brian’s* 83-year-old mother was called on her landline from a man claiming to be a police officer. The caller said a man, claiming to be her nephew, had been arrested in possession of her debit card and £1,400 had been spent. During subsequent phone calls, Brian’s mother was deceived into believing she had spoken to her bank and several detectives.

The suspect convinced Brian’s mother that her bank was involved in counterfeit bank notes and the police needed her to assist them by working undercover. She was sworn to secrecy and instructed to visit her bank and tell them she needed to withdraw £4,250 to assist her son. She was told to put the cash, her driving licence and her bank card in an envelope and was given a security password to be used by the courier, upon collection.

A “courier” arrived and after saying the agreed password, Brian’s mother gave them the envelope. Over the next few days, the fraudster phoned Brian’s mother and instructed her to move money from her savings account to her current account. Numerous fraudulent transactions were subsequently made totalling £29,788.

As soon as she told me what had been going on, I knew it was fraud. These scams completely undermine people’s confidence. My mother, who is very resilient, now questions everyone she speaks to because it has eaten away at her trust and confidence in people.

I would urge everyone to trust their own good sense and intuition. If anyone is pressing you for urgency and secrecy, like they did with my mother, that should ring alarm bells. If it is genuine, it can wait.

Data from the NFIB shows that women between 70 to 89 years old lost more than £6.7 million to courier fraud in 2021. Men in the same age range lost almost £4.2 million during the same period.

A number of support services have been created to help combat nuisance calls, including the trueCall system. The device acts like a home receptionist and lets calls from friends and family straight through, but unrecognised callers are required to identify themselves before the call is put through and unwelcome callers are blocked.

Older and vulnerable people really do need protection – particularly those who live alone and those who have been scammed already. It is this demographic that are being specifically targeted by telephone scammers, receiving 20 per cent – 40 per cent more unwanted calls than the rest of the population.

City of London Police would urge anyone who is contacted by someone they do not know, or cannot verify the identity of, to follow the Take Five To Stop Fraud advice.

Stop: Taking a moment to stop and think before parting with your money or information could keep you safe.

Challenge: Could it be fake? It’s okay to reject, refuse or ignore any requests. Only criminals will try to rush or panic you.

Protect: If you think you’ve been a victim of fraud, contact your bank immediately and report it to Action Fraud online at police.uk or by calling 0300 123 2040. 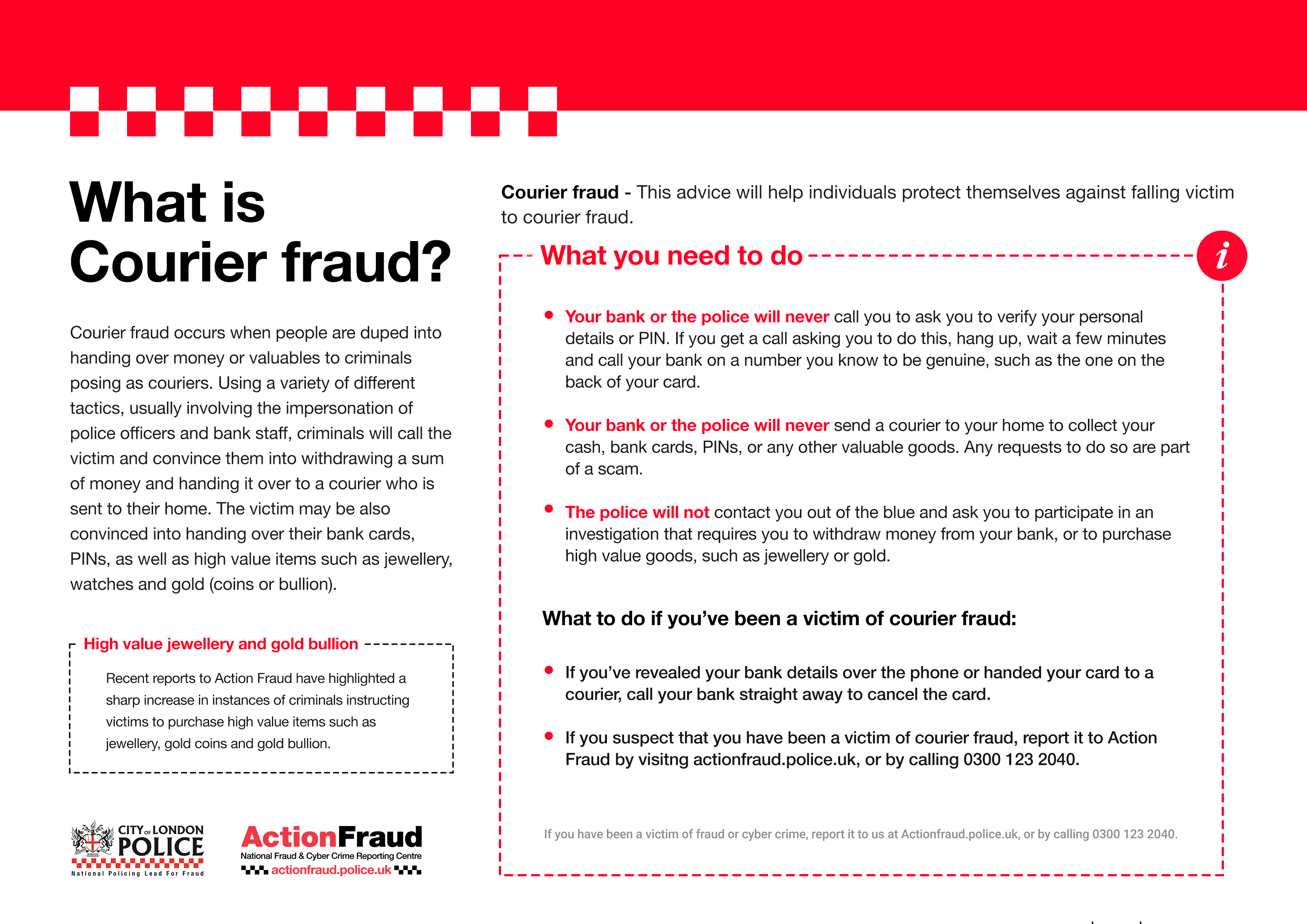