Bodrul Islam, from Newham in east London, ran the ‘Dee Line’ which dealt around £200,000 worth of Class A drugs a year onto the streets of the county town. 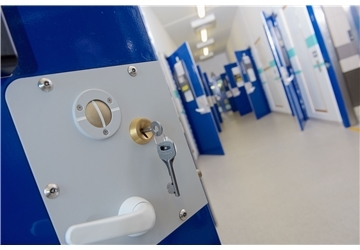 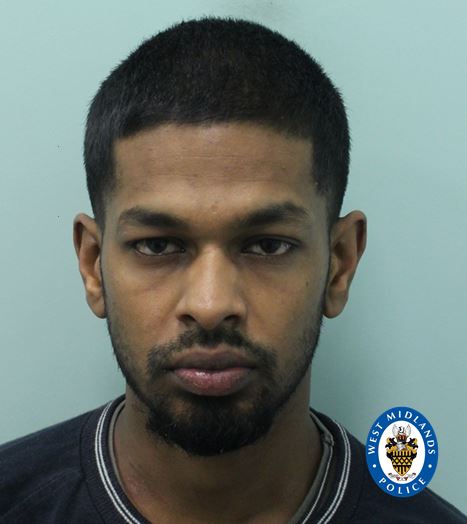 He recruited couriers − pals of his from the capital − to run drugs into Hereford where street level dealers did the dirty work on Islam’s behalf.

CCTV showed the 31-year-old returning to London clutching bags from designer clothes outlets having spent his ill-gotten gains on shopping trips while in Birmingham. 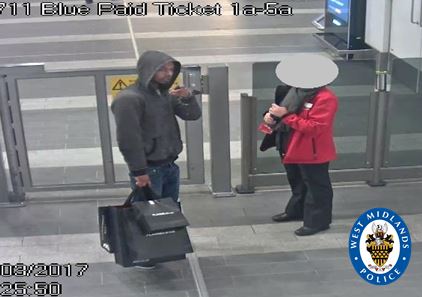 Islam at Grand Central after shopping for designer clothes 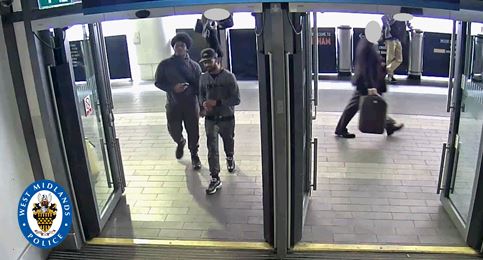 Police raided Islam’s home in Earlham Grove on 9 February 2018 and found him with the main drugs hotline plus thousands of pounds in cash.

We found advertising text messages sent from the line to at least 68 Hereford drug users.

It’s estimated the Dee Line pumped up to 2kg of heroin and crack cocaine into Hereford and made yearly sales of around £200,000.

Hereford men Joshua Juson (28), Harry Oakley-Davies (21), Scott Lewis (40) and 39-year-old Anthony Fish acted as street dealers for Islam. They ran the risk of arrest or attacks from rivals while Islam creamed off most of the profits.

Gemma Peach (33), Simon Matthews (48) and 40-year-old Peter Neil allowed their Hereford homes to be used as drugs ‘safe houses’ from where the dealers co-ordinated their activity.

All 13 were charged with conspiring to supply Class A drugs; most admitted their roles with but Islam and Fadeyibi denied involvement.

However, Islam entered a guilty plea midway through a trial which started last month at Worcester Crown Court and Fadeyibi was found guilty by a jury.

And at the same court yesterday (Friday 13 March) Islam was jailed for 11 years. 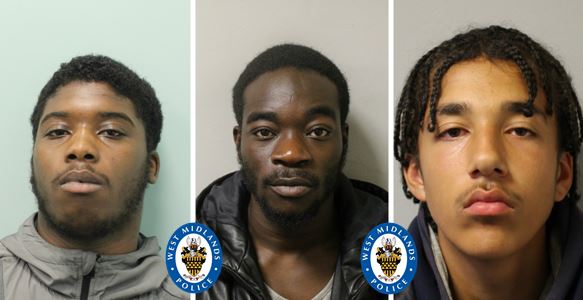 Parkins (left) and Akyaa (centre)were both handed four-year terms − the latter sentenced in his absence as he failed to appear at court − while Creffield-Foster was jailed for three years on top of a three year sentence he’s already serving for a firearms offence in London.

Joseph-Wright (left) was imprisoned for three-and-a-half years, Lewis (centre) for three years and Fadeyibi − who’s only recently been released from prison for a similar drugs crime − for 12 months.

Neil and Oakley-Davies were both given suspended jail sentences for their roles, while Juson, Fish, Peach, and Matthews will all be sentenced later this month.

The convictions are the latest in a series of successes for a West Midlands and West Mercia Police campaign − codenamed Operation Ballet − targeting County Lines drugs networks.

“Islam had gained a significant foothold in the Hereford drugs market but his operation couldn’t have worked had it not been for the street dealers and local residents who allowed his couriers to use their homes as drugs bases.

“Islam has rightly been handed a long jail term for orchestrating the scheme but we will also go after others who facilitate such county lines dealing.”

Information from the Hereford community played an important role in helping us bring down this county lines network.

So if anyone suspects drug dealing in their community they should contact their police force on 101 or call the charity Crimestoppers on 0800 555111.